This scholarship is to assist with expenses related to the Court of Master Sommeliers Master Exam (theory, practical, and/or tasting). Scholarship amount is $5000.

This scholarship was created to honor the life of Debbie Lewis. 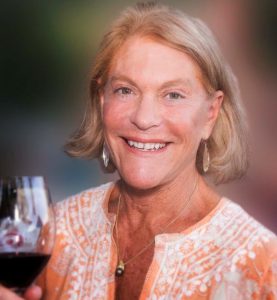 Debbie was the eldest of four daughters. She grew up in California’s Central Valley, spending childhood summers at the family ranch, where they grew Bartlett pears and row crops. She eventually took over management of the ranch, worked as a kindergarten teacher, got into retail sales and then co-managed the oldest wine bar in San Francisco, The London Wine Bar. In the late 1970’s Debbie met Randy Lewis at a wine tasting and they eventually married. In 1992, she and Randy co-founded Lewis Cellars. Together they built a legacy and in 2016, the Lewis 2013 Napa Cabernet was named “Wine of the Year” by Wine Spectator.

Debbie was the rock of her family and provided the steady hand that built Lewis Cellars. She was involved in every aspect of vineyard management, winemaking, sales, distribution, and she spent many days on the road, building relationships all over the country. Debbie had a life-long passion for mastering the business of wine and set an inspiring example of dedication and hard work to all those around her.

Randy was a professional race car driver for 23 years. This included Formula Three in Europe, where he fell in love with local wines and lifestyles. Randy returned to the States to compete in Formula 5000, Can Am, and finally Indy Cars from 1983 to 1991. He ran in five Indy 500’s where he qualified on the 4th row three times with a best finish of 13th. Wine has always been Randy’s second love after racing and he feels fortunate to be making a living doing what he loves.

Lewis Cellars is hands-on in every aspect of vineyard management, winemaking, sales and distribution, and they thrive on these challenges and the relationships cultivated in the process. It is their continuing goal to create world-class wines. Total production is approximately 9,000 cases annually of Cabernet Sauvignon, Merlot, Syrah, Chardonnay and Sauvignon Blanc.