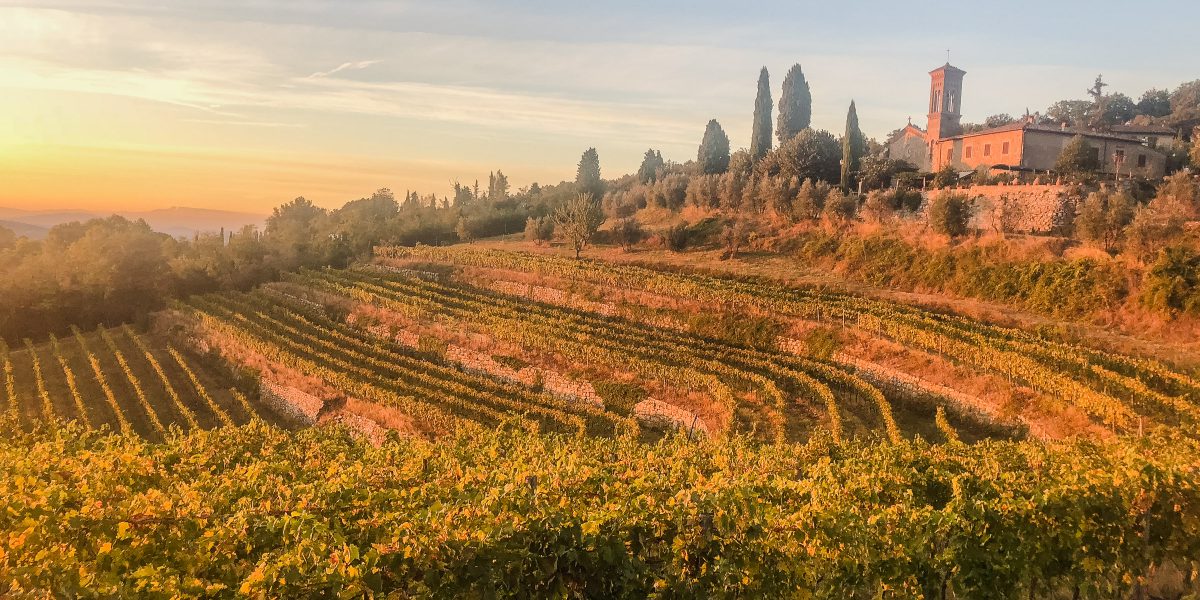 We awake on the shores of Lake Iseo, and our view from the terrace of the Araba Fenice hotel broadens as the morning fog melts. It is mostly anticipation that keeps the drag of jet lag at bay. Our group met formally at dinner the night before, though there is so much yet to discover. The itinerary for our Italian Enrichment Trip, Italia del Vino 2017, literally sounds great, reading almost like the lyrics to a tempodriven song: Franciacorta > Sardegna > Barolo > Liguria > Trento > Veneto > Friuli > Treviso > then sleep.

One of my roles on the SommFoundation Board involves filtering hundreds of applications for each Enrichment Trip into a handful of potential attendees. The goal is to assemble a group that will drive each member to soak up all the experience offers. Having been lucky enough to attend Enrichment Trips prior to my time on the Board, I know how group dynamics can make a trip successful . . . or make it stumble. A great deal of time and effort is put into gathering the right pool of candidates: The decisions are never easy, and now I get to see firsthand whether our work has paid off.

I have to say, we nailed this one. These attendees work in some of the best restaurants in America—stretching from the heart of the Napa Valley to West Virginia with stops in Seattle, Houston, and Chicago—and their collective expertise is inspiring. We have a cadre of fearless Master Sommelier candidates, each at various stages of that journey, and also a brave soul striving for the MW. A few have traveled to Italy many times, while others have never made the trek. What better company than a pack of joyful wine nerds led by someone with intimate knowledge of the language, the land, and the finest producers?

We certainly would have been left adrift without our fearless leader Faye Cardwell. More than just our guide, she would become an advisor, fellow traveler, and friend—but we didn’t know that right away. In fact, we knew little about one another beyond the smattering of introductory emails exchanged prior to departure, but that unfamiliarity soon dissolved as we set about conquering that fastmoving itinerary. The following recaps the highlights of this unforgettable trip:

If you’ve seen one sparkling wine facility, you’ve seen ’em all, right? Not so in the case of producer Ca’ del Bosco in the Lombardia region, where we witnessed the art of precision winemaking in full effect. We know Franciacorta is made in metodo classico typically with Pinot Nero, Bianco, and Chardonnay, but Ca’ del Bosco goes a step further and washes the grapes prior to fermentation. One of the most rewarding aspects of these Enrichment Trips is the element of surprise—you never know what you’re going to discover. Our jet lag was now officially put to rest. 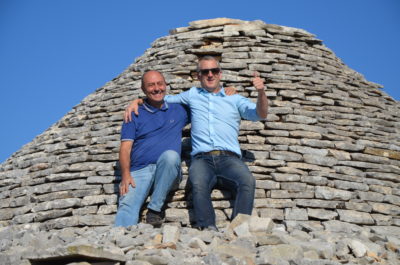 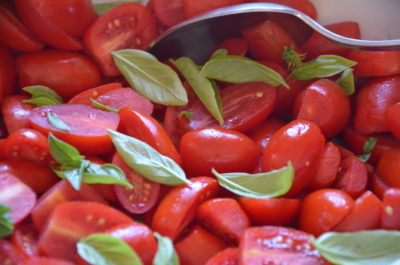 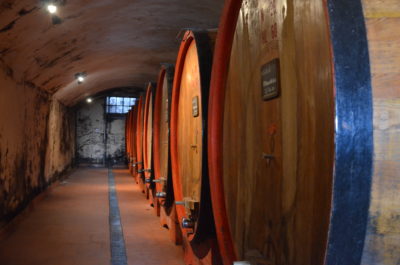 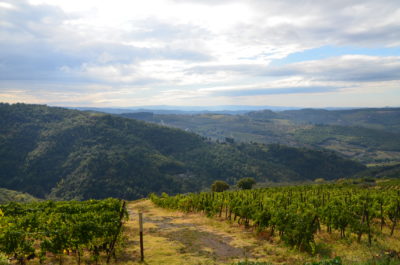 It All Comes Together in Sardegna

Having never traveled to Sardegna, I was particularly excited for this part of the trip. Our visit to Cantina Mesa winery, led by the irrepressible Luca Fontana and his marvelous wife, Maggie, gave us a sense of the true character of Sardegnan wines. The Carigñano grown here is very special—spicy, salty, and full of life—but it’s the Vermentino that shines, particularly when paired with the briny brilliance of Mediterranean shellfish. The group came to life over layers of panne fratau, mountains of local pork, and shots of Mirto, the island’s myrtle plant liqueur. We were now properly prepped for our mainland campaign.

Despite the early-early mornings and late-late nights, it became apparent that there would be no mid-trip slump. We all pushed each other to stay engaged, ask great questions, and keep probing for more opportunities to learn.

From Barolo to Treviso, Then Farewell

We could not have anticipated the magic of Marchesi di Barolo and the Abbona family, who are known for their ability to make visitors feel at ease. Over lunch with the group, Valentina Abbona discussed with us the simple distinction that sets the commune of Barolo apart from its neighbors: its position, ensconced in the surrounding hills.

We then returned to the Mediterranean—specifically to the convergence of the sea and the Appennines, which makes the Ligurian climate perfect for Vermentino. Rather than elaborate, we’ll file it under “You Had to Be There.”

From there, it was on to Trento and the science of autolysis at Ferrari, where we dined like royalty at Locanda Margon. It was in the Veneto that we were honored to be in august presence of Andrea Sartori, who not only runs his family’s estate and Italia del Vino, but also the Valpolicella consorzio (consortium). What a force!

Our final day presented a fascinating contrast in economies of scale at two Friuli properties: large-scale agriculture at Ca’Bolani and the intimacy of Ronchi di Manzano, which is run by Roberta Borghesi and her daughters Lisa and Nicole. On our final night, we strolled the charming streets of Treviso in search of gelato and pizza. We said our goodbyes over scoops and slices, leaving with a sense of achievement in our quest to learn more about Italian wine, ourselves, and one another on this incredible journey.