This event, held each January in the Napa Valley, was established in 2009 by the Rudd Foundation and SommFoundation.

The Rudd family and the Rudd Foundation have been steadfast supporters of the sommelier community for decades. They believe in creating educational opportunities for wine professionals to expand knowledge and understanding. Each calendar year, the top scorers of the Court of Master Sommeliers Advanced Exam are named the Rudd Scholars for that year and attend the following January Rudd Master’s Round Table. This is a unique educational program that provides students with an intensive and intimate learning environment as they study to become Master Sommeliers. To complete the Rudd Round Table, SommFoundation Board Members and Officers select the top professionals sitting for their Master Sommelier diploma to participate in addition to the Rudd Scholars. Being selected for this event is a profound honor, and a recognition of both significant accomplishment and remarkable potential.

“The Rudd Roundtable is my favorite wine event every year. Due to the incredible generosity of the Rudd Family and Foundation, we can bring twelve of the country’s best and brightest sommeliers to Napa Valley for a two-day workshop to prepare them for the Master Sommelier Exam. Ten years ago, as a candidate, it gave me the confidence and skills to pass my Master Sommelier diploma and every year since I am honored to pay it forward and participate on the mentoring side of the table. We can’t achieve success at this level of mastery without the help of leaders in this industry like the Rudd family. I am forever grateful.” ‑Laura Maniec, MS 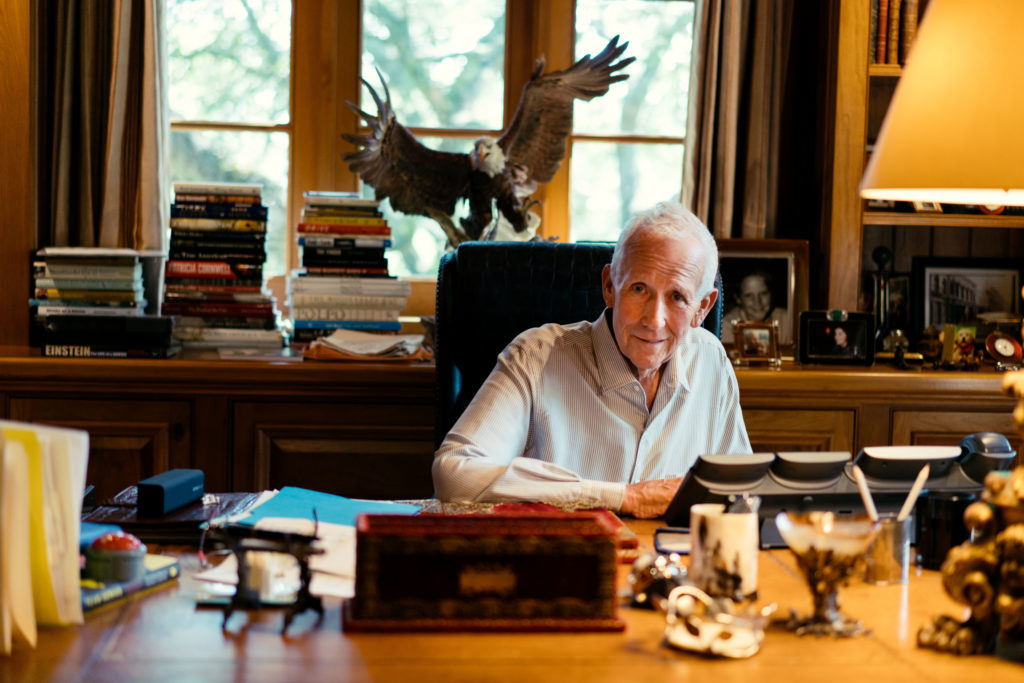 Leslie Rudd was the impetus behind this event.

Intent on furthering his experience, Leslie expanded into the specialty foods space successfully launching and investing in several national restaurants as well as adding the iconic Dean & DeLuca to his portfolio, which he owned until 2014. In 2005, Leslie desired to cast a new vision on the steakhouse concept and take inspiration from the famed L’Ami Louis of Paris in creating PRESS Restaurant, a modern steakhouse located in St. Helena, California. PRESS Restaurant features the most extensive list of Napa Valley wines in the world with vintages back to the 1950s. Leslie’s passion for bridging the gap between the past and present was further evident in the 2012 renovation of Oakville Grocery, which he purchased in 2007 to make sure that it would remain open as one of the oldest groceries in the country. Each of these ventures shared a commitment to excellence and appreciation of artisan products by blending the traditions of the past while instilling a modern twist. Before his passing in 2018, Leslie handed over the reins to his daughter Samantha.

Leslie’s wife, Susan, is responsible for the beautiful gardens on the Estate. She can be found digging in its soils with a radiant glow about her. Her smile and warmth are felt across the entire Estate. 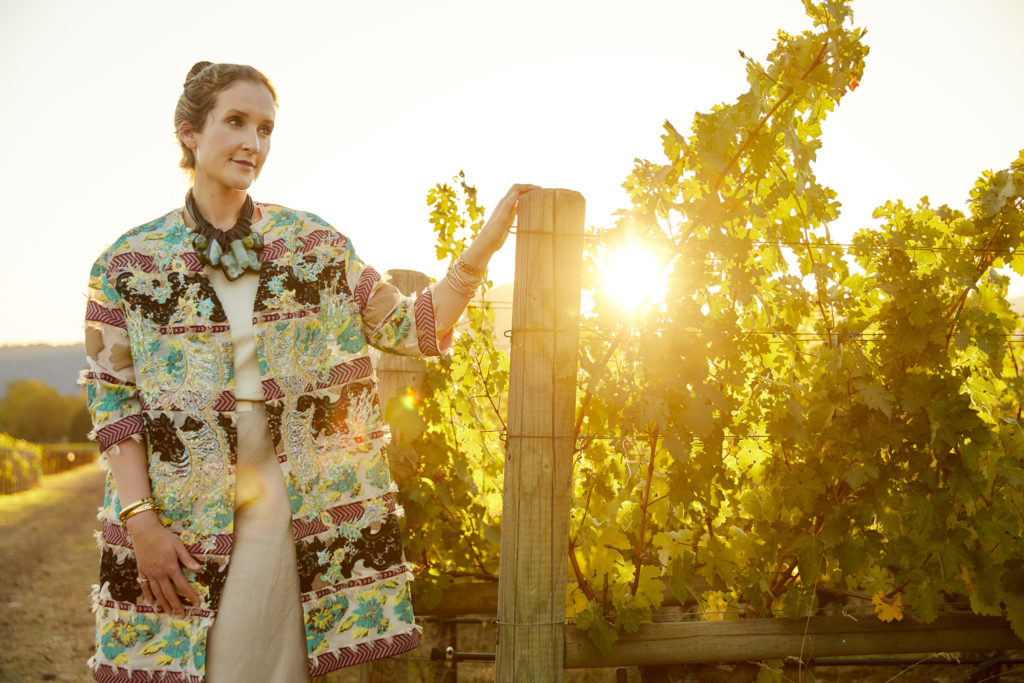 Leslie is survived by his daughter, Samantha Rudd.

Samantha grew up on Rudd Estate where, at age nine, she decided she would do whatever it takes to care for the land and fulfill a generational promise that she made to her father—that upon receiving the reins at Rudd, she would leave the Estate to the next generation better off than when she assumed leadership. At the time, she knew little of the hard work and twenty-year journey that would lead her to where she is today.

Samantha remembers the lessons instilled by her father through two decades of working side-by-side on the Estate. The core beliefs of stewardship earned success, and an uncompromising dedication to excellence was distilled into that generational promise that guides her today.

Samantha spent the last four years working outside of the family business learning from some of the best in the world. She most recently returned from an internship at Château Margaux.

Samantha returned to Rudd at the beginning of 2016, a homecoming she had been anticipating for as long as she can remember. She immediately began implementing her long-term vision, ranging from championing the Estate’s organic farming practices to fostering unlikely collaborations that seek inspiration beyond the world of fine wine. 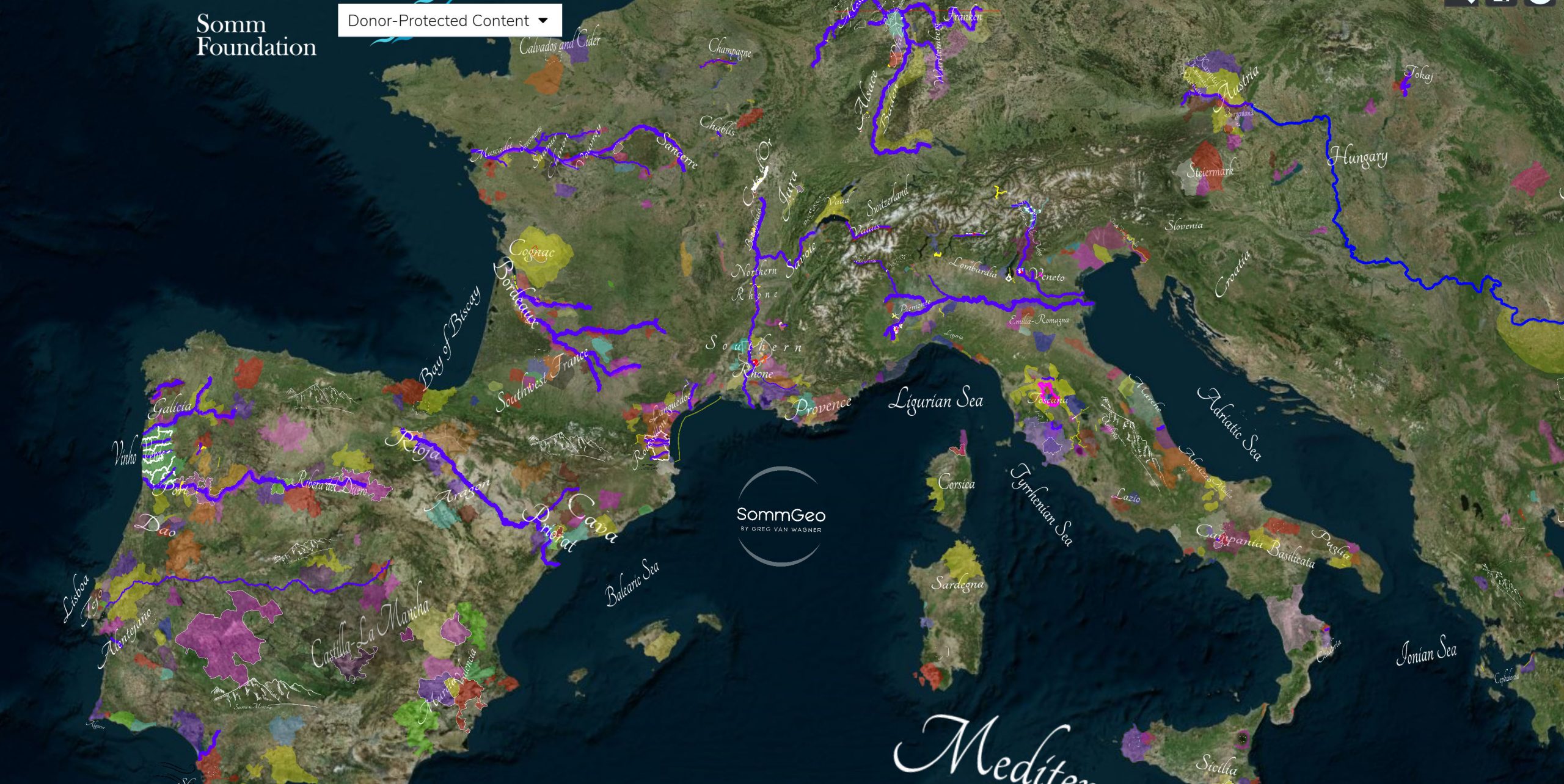 Our nonprofit work is supported by donors like you. As a gift for donating $125 or more to SommFoundation, you will receive free access to SommGeo for one year. Your donation may be tax-deductible. Please consult your CPA.