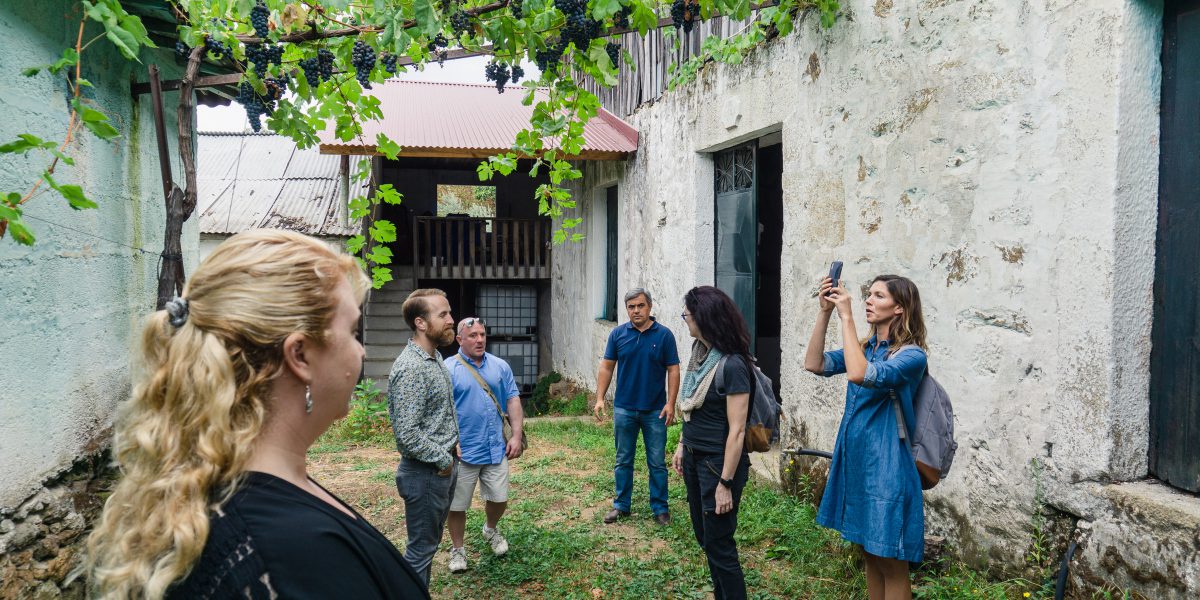 Portugal was never a country I planned to visit. It wasn’t even on my radar. Instead, I had dreams of Paris, Venice, London—all the European must-dos. Croissants and Champagne on the Seine and the sound of cathedral bells in Florence were the items that filled my travel list, but there’s something about a pastel de nata, a shot of Ginja liqueur, and a breath of salty Portuguese air to compel you to ask, “How did I overlook all of this before?”

Satisfying my natural curiosity was a priority for me, not unlike the way a flower needs rain. I evolved from being that overzealous kid always asking “Why?” to having an insatiable craving for passport stamps as an adult. Learning and observing how people live day-to-day, as well as watching their interactions with friends, strangers, or even themselves, has always nourished that childish hunger. How does this Portuguese grandma with a cane and cigarette climb these steps with ease? Has she always done this? Is this part of her daily routine?

Living in New York City as a thirtysomething sommelier, my Champagne dreams always come with a hard dosage of reality. How do I make all of this travel possible? After I read about Portugal being full of warmth, wine, and wonder—all with an attractive price tag—I decided to step out of my comfort zone last year.

I first experienced Portugal on my own in spring 2018, getting lost in the winding corridors of the Alfama neighborhood in Lisbon while letting the echo of fado (a type of traditional Portuguese music) hold my hand. I listened, I smelt, I tasted. Salted cod, sardines, and crisp white wine accentuated one another like lovers married for a lifetime.

The main course that really satiated my wanderlust, though, was devouring the Portuguese culture that surrounded me. I drank in the sweeping cliffs of Setubal while learning the history of the monks that sought sanctuary there centuries ago. I danced in the discotheques of Porto, sipping the most attractive Port wines you’d ever experience. I left Portugal sure that I’d return someday, but not knowing it would be in just six months.

To see the world in as little time as possible, I applied for as many Enrichment Trips through SommFoundation as I could. Without much expectation, knowing that thousands of wine professionals share the same ambition, I pressed on. I’m an optimist, after all.

Victory came in June 2018, when I was selected to be a part of the Fall 2018 Vinho Verde Enrichment Trip. The prospect of exploring Portugal again with other wine professionals sent excitement rushing through my veins like a tidal wave. It was all I could talk about for weeks. Portugal wasn’t finished with me yet. 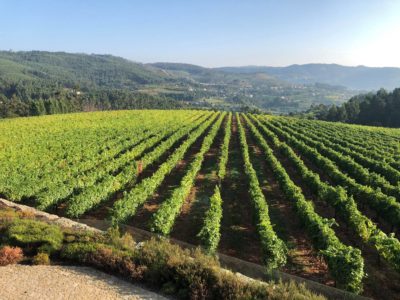 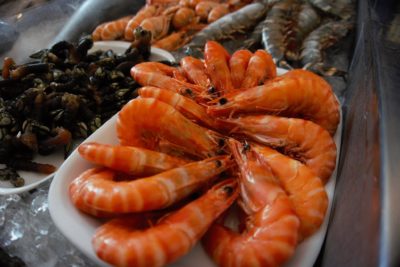 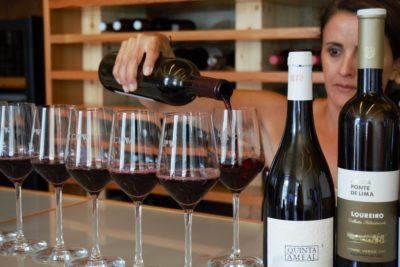 A View of Vinho Verde

Vinho Verde, a region nestled in rain soaked northern Portugal, supplies visitors with unparalleled hospitality from honest, proud, and hard-working natives. In addition, SommFoundation and the Comissão de Viticultura da Região dos Vinhos Verdes spared no expense to make this trip as memorable as possible. Every hotel, meal, tasting, and daily activity was executed at 110 percent.

When I arrived at the hotel (one of many) for the initial group meeting, I was greeted by faces that mirrored my own excitement and nervousness. Plucked from anywhere and everywhere in the United States, my new friends and I quickly developed a strong bond. We were there to learn, experience, and taste while also inspiring one another, and our varied backgrounds in wine added another layer of substance that unfolded like the complex aromas of the aged Alvarinho (yes, it’s a thing!) that frequently filled our glasses.

Throughout the course of the trip, we were greeted by some of the most stoic and eclectic winemakers Vinho Verde had to offer. While they were all business minded during the day, these Portuguese ambassadors were ready to show this group of Americans a good time once night fell. They invited us in their homes for lavish home-cooked dinners, lining our palates with wines that showed the versatility of the region and the legacy of generations of family winemakers. They regaled us with tales of the Portuguese way of life, spanning from modern day to before the dictatorship ended in 1974. Some of them could even double as stand-up comics.

The wine of Vinho Verde is much like the people of the region: approachable and fun with a crisp, refreshing edge. It doesn’t try to be anything it isn’t, as it’s made with the materials the land gives it and the skill the winemakers bring to it. Dry aromatic whites, reds that don’t see malolactic fermentation, rosés bursting with fresh fruit—even brandy, or aguardente as they call it. This region has it all, including experimentation and innovation. Tasting oak-aged Vinhão and Arinto felt like the surprise party I never had.

It’s been my experience that Portugal is often overlooked on wine menus not by just guests, but by sommeliers and beverage directors alike. Don’t be fooled by price: Just because it’s inexpensive doesn’t mean one ounce of quality or hard work was sacrificed. Give Portugal a try—the finish will be long-lasting.