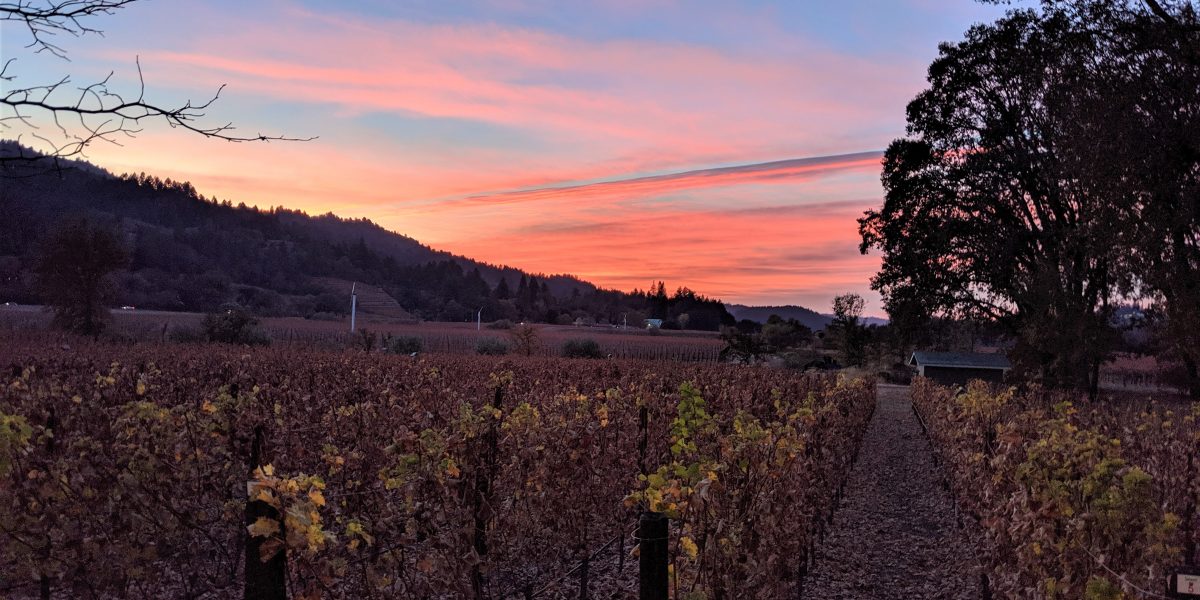 Brought to Fruition – Phyllis Flynn revels in the experience of SommCamp

For anyone wondering if they should apply to one of SommFoundation’s future somm camps, I will attest wholeheartedly that it’s well worth the effort; in fact, for myself and many of my fellow campers, it was the trip of a lifetime. Not only did we have access to learning opportunities with some of the most influential figures in Napa Valley’s wine industry, we made friendships and connections that will continue to help us grow and become better sommeliers. We toured locales off the beaten track, among them Chappellet on Pritchard Hill, where Donn and Molly Chappellet began pioneering mountain viticulture after their arrival in 1967. During our visit, we learned about a soil-sample study, heard the story behind the beautiful pyramid-shaped winery, and tasted Chappellet’s iconic Cabernets with Master Sommelier Jay James. The takeaway? Mountain wine ages beautifully.

Our trip to Frog’s Leap Winery, meanwhile, was a testament to the power of organic viticulture and dry farming, the latter of which has taken on new importance in this era of climate change. Getting off of the bus in Frog’s Leap’s Rutherford vineyard was like stepping into an alternate world full of the buzz of nature’s liveliness: From the chickens and beehives to the vegetable gardens, it’s a therapeutically special place, and owner/founder/winemaker John Williams’ passion for preserving its vitality was clear as he led us through the grounds with a shovel in hand. Next, Frog’s Leap VP Jonah Beer brushed us up on our viticultural studies during a scientific discussion of vine vigor that continued over a lovely meal prepared by chef Peter Hall. All in all, the experience proved that success has not changed the Frog’s Leap team, who humbly shared wine and food as well as heartfelt stories that made us all shed a few tears.

We continued shifting gears while visiting our next trio of wineries: During a tasting at Larkmead Vineyards, winemaker Dan Petroski elaborated on how soil composition impacts the style of a given wine, whether its profile is “vertical, horizontal, or circular.” Then, in the modern facility of Williams Selyem, our palates were put through their paces during an in-depth clonal tasting of Pinot Noir with Vice President of Winemaking Jeff Mangahas. Finally, spirited conversations ensued during our tour of Sonoma-Cutrer, where we got an inside look at the company’s winemaking process and became willing guinea pigs during a blind tasting of Chardonnay with both screwcaps and corks. Our views on Napa’s prowess with that very variety were cemented during a whirlwind tasting at Kistler Vineyards with Director of Regional Sales Brooke Barnett and Director of Sales and Marketing Geoff Labitzke, MW. The winery’s wonderful wines are world-class, and an intimate dinner at its Trenton Roadhouse tasting room closed out another fabulous experience.

A reality check arrived on our final day regarding how Napa is dealing with the threat of wildfires, as all power in the area was shut off as a precaution amid gusty winds. Undeterred, we pressed on: After an informal but incredibly informative tasting with Matt Stamp, MW, we ventured to Fantesca Estate & Winery, where our wonderful hosts, proprietor Duane Hoff and Director DLynn Proctor, greeted us like long-lost friends. Over a delightful outdoor lunch, we covered topics both informative and personal as we enjoyed bottlings of the winery’s All Great Things Cabernet and King Richards Reserve Pinot Noir and gained insight into Fantesca’s winemaking vision.

This intensive and well-rounded camp culminated in a visit to Cardinale led by Chris Carpenter, who, with his deep voice and plaid shirt, seemed just as much a lumberjack as he did a knowledgeable winemaker. After he pointed out the defining characteristics of his three prestigious vineyards, we attempted to compose our own age-worthy version of Cardinale’s 2018 vintage during a competitive blending session, using Cabernet from three different plots on Mt. Brave and Merlot. It’s difficult to name any particular highlight, as everything about the trip was beyond what any of us could have expected. We were all surprised and delighted to be chosen to attend, and I know I speak for the group in saying that it was humbling to be treated so well by so many people who have dedicated their lives to wine. The experience definitely made me a better sommelier and I’m grateful for all who had a hand in bringing this camp to fruition—as well as for my new sommelier friends!