The Guild of Sommeliers Education Foundation was founded in 2003 by a group of Master Sommeliers and service industry business leaders. At inception, the organization was endowed with a gift of approximately $1,000,000 of old and rare wine to assist in educational opportunities for studying sommeliers. 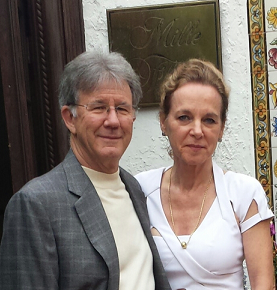 In 2003, gifted with a monumental wine donation from Jeff & Kathy Johnston, a group of like-minded individuals created the Guild of Sommeliers Education Foundation. This group was comprised of: Master Sommeliers Fred Dame, Nunzio Alioto, Jay Fletcher, Jay James, and restaurant legends of the Sardine Factory, Bert Cutino, Ted Balestreri, and industry greats Mel Dick and Dan Gulbronsen. Their aim was to form a nonprofit with the sole mission to assist aspiring beverage professionals to achieve their full potential.

The organization was established with three main goals:

Over the years, the organization branched out to develop online content, educational tastings and classes, competitions, and fundraising events. In 2015, The Guild of Sommeliers Education Foundation Board of Directors voted to split GuildSomm.com into its own nonprofit corporation in order to focus on education through membership, online resources and classes. The original organization (SommFoundation) remains focused exclusively on philanthropic scholarship and enrichment trip programs. Both organizations remain nonprofit corporations.

Read More about our Founders here